Wednesday August 10th was a day long in coming for the American Indian/Alaska Native Association of the #ELCA. In 2016 our assembly repudiated the doctrine of discovery (the idea that European colonization of America was blessed by God). In the name then of God too often colonization was disguised as evangelism, cultures were destroyed, and atrocities such as the residential schools (of which some predecessor bodies of the ELCA ran) were allowed to happen. 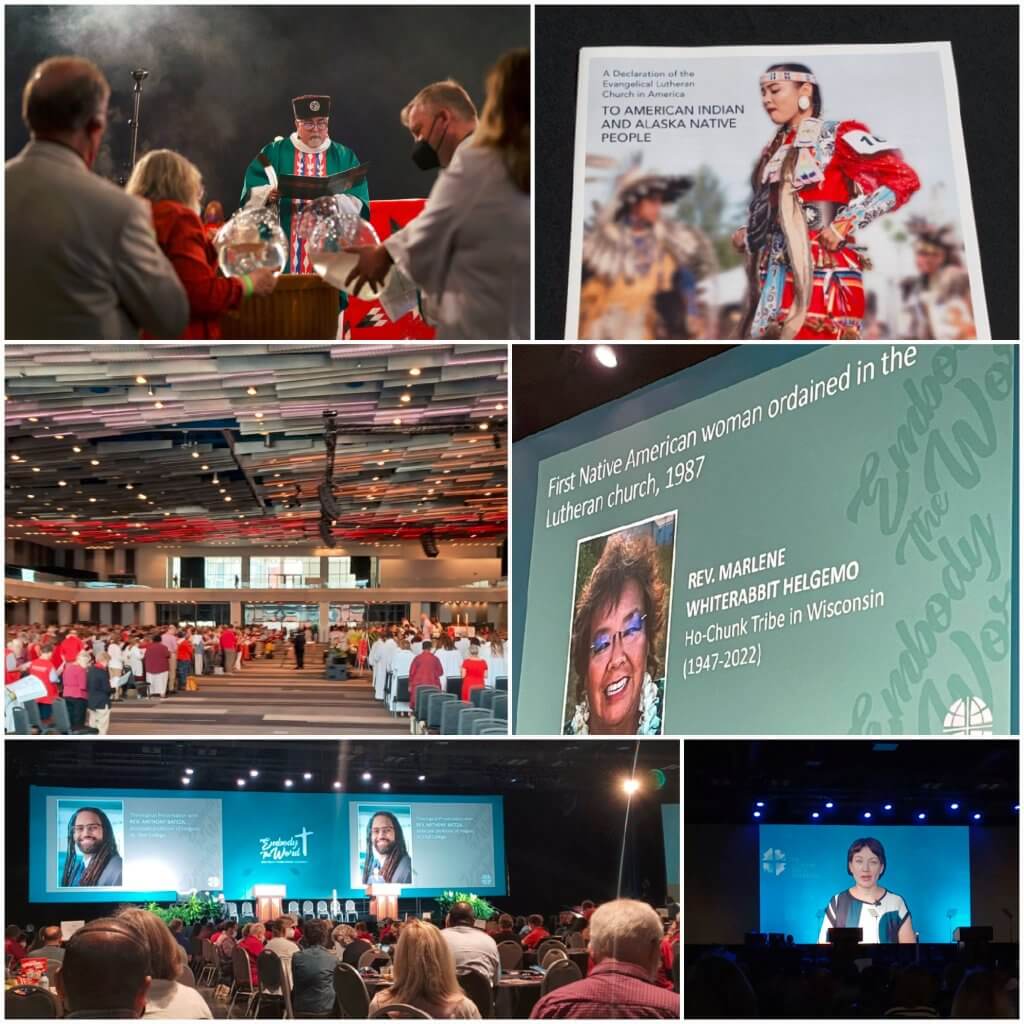 Part of the 2016 decision was a commitment to a national public worship service of recognition of this commitment and to lift up the indigenous members of our church and their contributions to our lives together. As part of my role in the Conference of Bishops I was tasked with working with the association and assembly planners to help make this worship happen. We were led in worship by former bishop Guy Erwin (President of United Lutheran Seminary) with preaching by Rev. Joann Conroy. I was asked to participate as a water bearer as we brought waters from rivers in the four directions to come together in a baptismal basin (I brought water from the Rio Grande).

We also had a moment of silence to remember the Rev. Marlene Whiterabbit Helgemo, the first Native American woman ordained in the ELCA, who died recently. Marlene was part of our team planning this worship and I was so grateful to get to know her in this way.

In business we continued the balloting for a new ELCA Vice President, heard greetings from the LWF General Secretary the Rev. Anne Burghardt (of Estonia), had bible study and considered memorials. We also had a reception for ELCA Colleges and Universities and Seminaries at which I was pleased to greet President Debbie Cottrell of Texas Lutheran University. 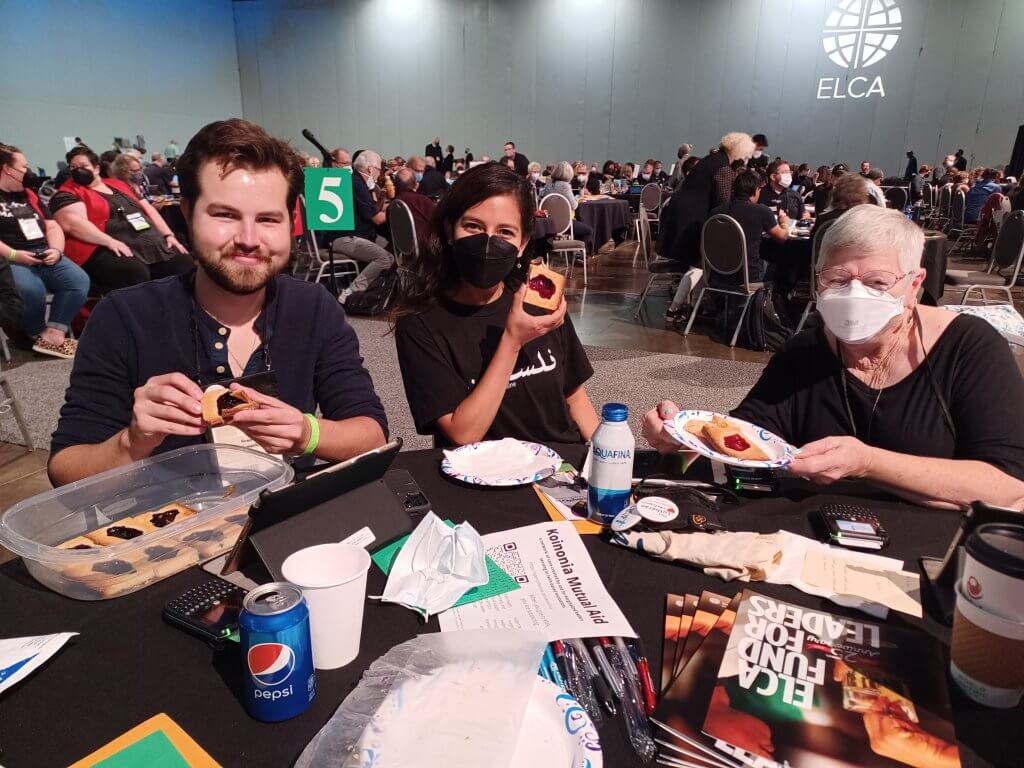 We thank you for your continued prayers for your voting members from NT-NL Synod, ELCA Our partners in SW Penn’s cookie table have kept them well fed. #NTNL #InMissionTogether