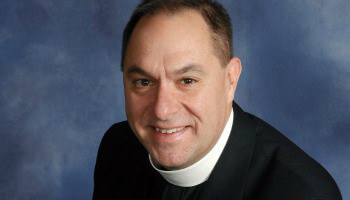 Chapel Service at 10 a.m. in the Chapel of the Abiding Presence

Public Lecture at 7:30 p.m. in the Chapel of the Abiding Presence

Rev Bradley Schmeling is an ELCA pastor who was called to the work of reformation simply for living honestly and with integrity. While he was serving as pastor of St. John’s Lutheran Church in Atlanta in 2006, he announced that he had entered a committed relationship with another Lutheran pastor, Rev. Darin Easler. Until then, he had been single and therefore not in violation of the ELCA’s policy at the time, which prohibited “practicing” LGBT clergy. The Southeastern Synod brought formal disciplinary charges against him, and he was removed from the ELCA clergy roster in 2007. Nonetheless, Schmeling continued to serve St. John’s and to advocate for reform. In 2009, the ELCA’s Churchwide Assembly voted to change its policy to enable partnered lesbian and gay clergy to serve congregations that call them. Schmeling was reinstated to the clergy roster in 2010. Today, he and Easler are married, and Schmeling serves Gloria Dei Lutheran Church in St. Paul, Minn.—the largest ELCA congregation in St. Paul, as well as the largest in the country to be led by an openly gay pastor. He continues to be concerned that the work of reformation is not finished, particularly in matters of gender, race, and culture.