From the Lutheran World Federation: Today we remember German theologian, author and father of the Reformation, Martin Luther, who died in the town of Eisleben on 18 February 1546 at the age of 62.

“Indeed, God is nothing else than love. For even though He is also goodness, yet all His blessings flow from love.” 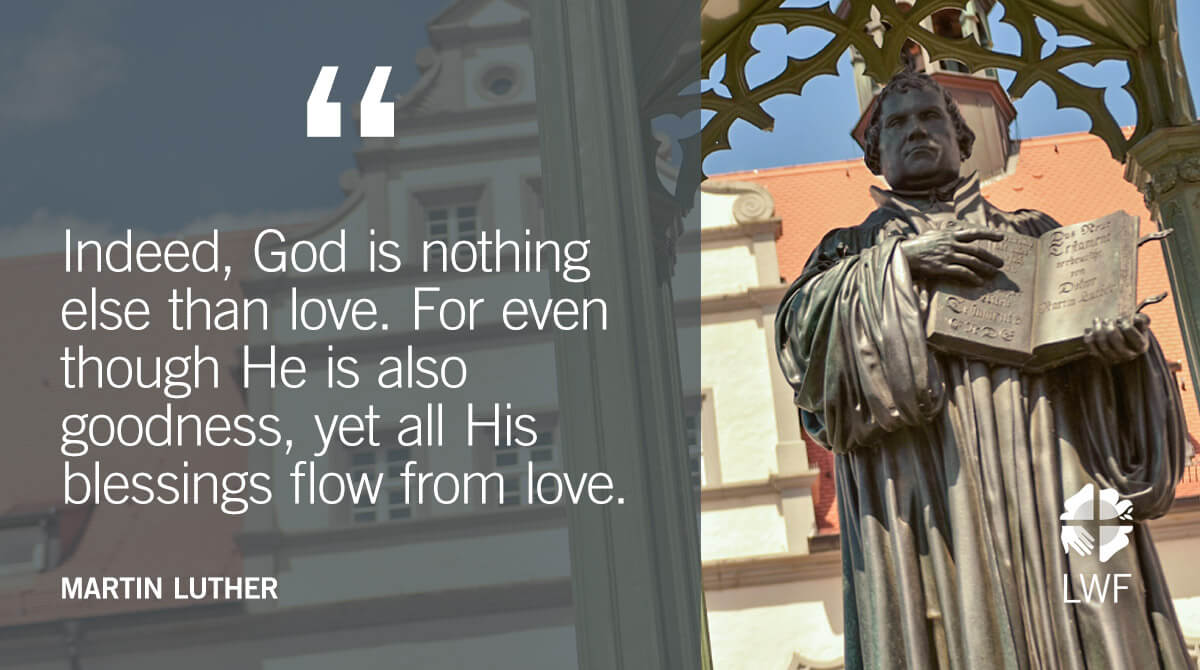 My reflection on this day:

February 18th, is Luther’s death date. He died while traveling to the town of his birth and baptism to attempt to mediate an inheritance dispute. During his time there he suffered chest pains repeatedly and no doubt was undergoing multiple heart attacks. Having resolved the dispute he went to bed and died the next day.

Those opposed to Luther immediately went on the offensive. Claiming he had died from a number of causes. Pamphlets spread throughout Germany and beyond attributing his death to a number of “sinful causes” such as he had drank himself to death or had died by suicide having hung himself.

The insistence of these responses to attribute his death to his sinful nature simply testify to the witness he gave in his time. Luther was an imperfect, sinful, person. He did and said things we rejoice in, and those we regret and have repudiated. But he was called by God to proclaim the gospel and challenge the church to that proclamation. For many years the place of his death became a pilgrimage site until the practice was banned in 1707 to prevent this sort of personal veneration of Luther as a saint.

The house still stands in Eisleben as does his birth house in the same town. They are in what was formerly East Germany. In 1990 my family took a trip there just after the fall of the Berlin Wall. We visited those houses which were in relatively poor repair at the time. Since the reunification of Germany and the 2017 anniversary of the Reformation much has been done to rehabilitate the buildings. It is certainly worth a visit if you have occasion to go.

We do not worship Luther or venerate him as a saint. We honor his witness and strive to follow in his example of faithfulness to the gospel. #NTNL #InMissionTogether