the church is the people”

On Sunday, July 2, I had the privilege of preaching at the final worship service in the 100-year-old sanctuary of First Lutheran Church, Waco. This congregation has been in existence for 133 years and been on their location at 10th and Jefferson for 100 years. However, in recent years, it became increasingly evident to the congregational leadership that a change needed to happen.

The congregation membership had declined, the building continued to age, and the location they were in was easy to miss. However, the foundation of this realization came from a place not of scarcity thinking but of stewardship thinking. Were the people of First being good stewards of the abundance God had given them? They realized that to do so, they needed to leave this building behind.

The decision was not made lightly, and the process of selling the property had many fits and starts. But ultimately, an offer was approved by the congregation, and it was decided they would have their final service on July 2. I was honored to be invited. 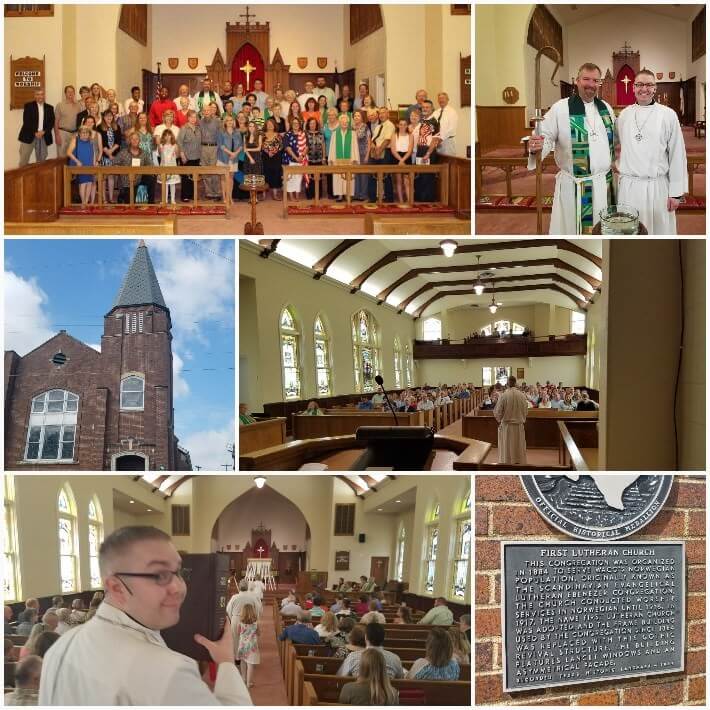 Predictably, many people came back for the service. Memories flooded the room of baptisms, weddings, funerals, confirmations. There were the predictable statements of how sad a day this was, to leave this building. But as I heard those I noticed a trend, those statements of sadness and grief did not come from the current membership but from those who had moved on. Those who had a memory of what First was for them at one time but did not have a current connection to who First is today.

Those in leadership today, from the high school senior to the oldest grandma, had done their hard work of discerning mission, and they were ready to move on. As such, the service was festive, honoring the past, giving thanks for all that had been. As we prayed over the table, font, and pulpit, there were tears shed. Yet not tears of sadness but of gratitude for the Eucharist shared, Word proclaimed, and promises given in water and word.

I was so very encouraged by our time together and with the leadership of First, Waco, and their SAWL Austin Nickel. They understand they have a mission and a mission field and that buildings are to serve the mission. If a building prevents us from being the stewards of God’s abundance we are called to be, then we can move on. First, Waco, began worshiping at a temporary location on July 9, as they search for their new ministry site. Please keep them in prayer as they continue to be stewards of God’s abundance.