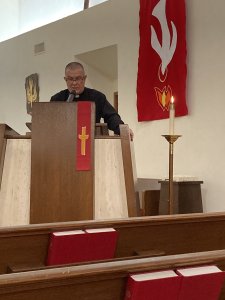 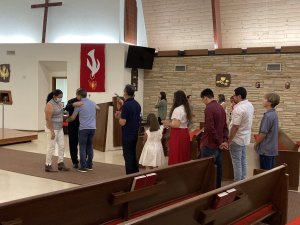 Pr. Vinajeras has been planning his retirement for a while to his new home in Argentina. This has coincided with the merging of the former displaced congregation with the Holy Trinity congregation that welcomed them years ago. They are now one blended congregation with two expressions. Today was Pr. Gus’ last Sunday with them. I was blessed to be with them for his sending. 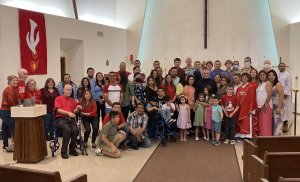 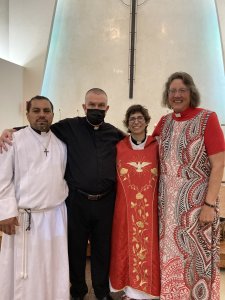 We had a sending blessing at both the English language worship and the Spanish language service. At the latter, it was particularly moving as most of the worshipers came up to gather around to lay hands on him for his blessing. I did not have my camera with me to capture that moment, but it was truly an expression of love. 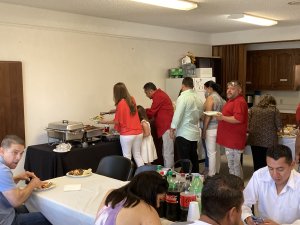 After worship, everyone gathered for an excellent lunch featuring freshly grilled fajitas. Pr. Gus will board his plane on Tuesday we’ll fed and we’ll loved. He will be missed!