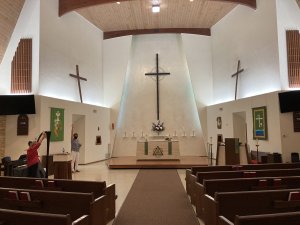 Irecently had my first Sunday visit to the congregation at Holy Trinity in Irving, where Pr. Norma Cooper retired after 20 years of service. This congregation has been struggling for a while but continues to show hospitality and mission. 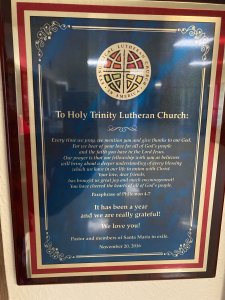 In addition to being the home of a vital neighborhood preschool, the congregation has also been home for several years to the members of Santa Maria (in exile) and Pr. Gus Vinajeras when their congregation was in turmoil. This relationship will likely become permanent as they are in conversation about joining together. 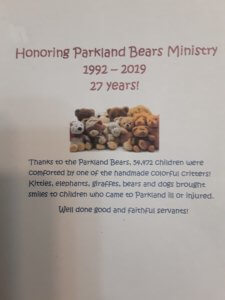 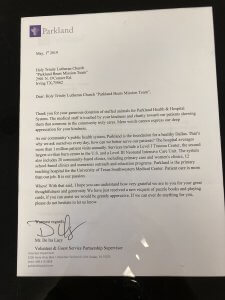 I learned about a long time ministry they did for decades during which members made over 54,000 stuffed animals to donate to Parkland Hospital for sick and injured children. That number just blew me away.

The congregation may be small, but they have had significant impact.