Saturday December 10th we were honored to host ELCA Presiding Bishop Elizabeth Eaton for a celebration service at Iglesia Santa Maria de Guadalupe, Irving. This service was held to acknowledge and give thanks that after several years of separation Santa Maria is once again a member congregation of NT-NL Synod, ELCA. 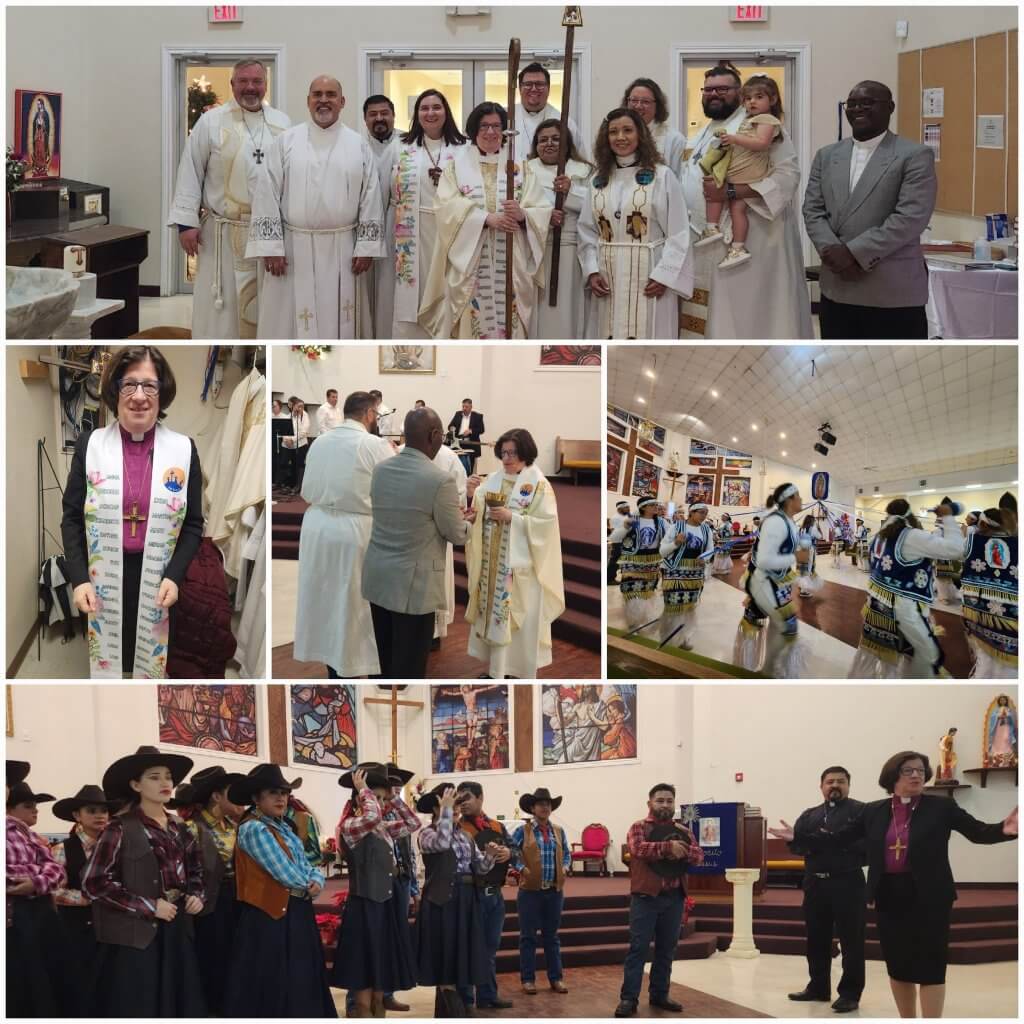 In 2015 a faction of the Santa Maria attempted to have the congregation leave the ELCA. That faction did not appropriately honor the constitutional processes for disaffiliation. In addition, there was a remnant of the congregation who desired to stay within NT-NL and the ELCA. Those voices were marginalized and that group “Santa Maria in Exile” began to worship at Holy Trinity, Irving.

When I was elected in 2016 one of my main priorities was to hold accountable those who did not follow the proper procedures and seek justice for those desiring to remain in the ELCA. The property of Santa Maria was in the possession of the breakaway group and so we had to initiate legal proceedings to reclaim possession of the building for the exiled community.

That took several years to work through the courts and was complicated by the pandemic. However, in 2021 we installed Pastor Moises Carasquillo as pastor and brought the congregation and its property under synod administration. So now, in 2022 we finally could celebrate that justice had been carried out and we rejoice that Iglesia Santa Maria de Guadalupe has been reunited with NT-NL and the ELCA.

The service was festive and afterwards there was food and folkloric dancing representing many parts of Mexican and Central American heritage. We were blessed by Bishop Eaton’s presence and that of many clergy from across NT-NL and our Conferencia Latina NT-NL ELCA in this most significant of days for our synod. #NTNL #InMissionTogether #EnMisionJuntos