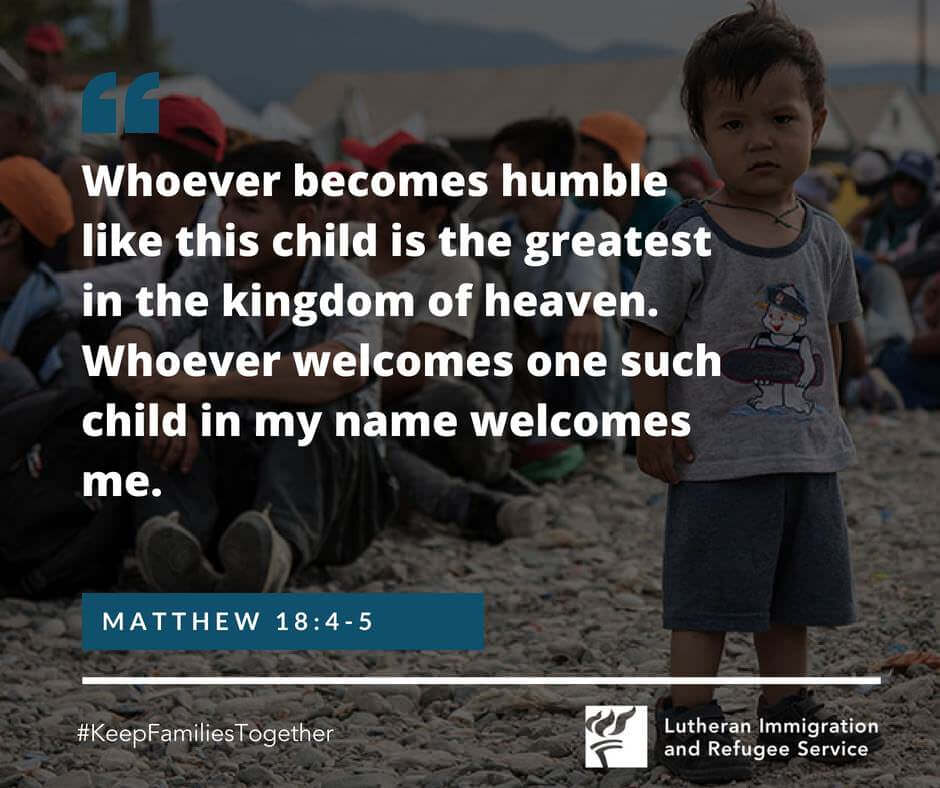 Detention of minors, separation from their parents, at our borders did not begin with the current U.S. Presidential Administration. This is not a partisan issue, as both Democratic and Republican presidents have overseen this practice. However, in recent months, the separation of children and parents seeking refuge is increasing and has become policy regardless of circumstance.

As a faith leader and a parent, this policy grieves me, and the ELCA has spoken against this change. What is even more concerning is that this week the Attorney General of the United States, Jeff Sessions, cited Holy Scripture (particularly references to Romans 13) as justification for enforcing this separation by what he believes to be the rule of law given to government by God.

Whatever your political perspective and party loyalty, this should concern us all. Scripture has been used selectively throughout history by governments to justify a great many crimes including Slavery, Apartheid, the Holocaust (for which we who identify with the name of Luther must constantly repent). Civic leaders in a civil, non-theocratic state, one without the establishment of religion, should show restraint in claiming divine authority.

The meme shared here uses scripture as well. It comes from Lutheran Immigration and Refugee Service. LIRS is a ministry of our church that has decades of credibility serving our neighbors. That I share this meme could also be seen as cherry picking or proof texting. However, when one looks at the whole of scripture, I believe it has credibility. The witness of the whole of scripture is to a God who constantly sides with the poor, marginalized, enslaved, barren, alien, ostracized, rejected, the crucified.

As those who confess Christ crucified, executed by the power of the Empire of Rome, we must be troubled by the use of scripture in this way. Particularly when done not by a theologian or pastor, accountable to a community of faith, but by an appointed governmental official in our nation whose job is to enforce the laws of this country.

Good government is a gift of God, according to Luther’s explanation of the 4th Petition of the Lord’s Prayer. Christians are to participate in government. We do so with humility and constantly with a focus on our neighbor’s needs. We also recognize Christians do not have a lock on the ability to be good civic leaders. People of many faiths can be good civil leaders.

The Holy Scriptures are the “Cradle of Christ.” The written word that points us to the living word. God’s son, born in a manger, humble before power, given not to condemn the world but so the world may have life. As bishop of the NT-NL Synod, ELCA, accountable to the people I am called to serve, I am thankful for the work of LIRS and encourage every congregation and all our leaders to use them as partners in learning about these issues and how best to serve our neighbors. #InMissionTogether #KeepFamiliesTogether