Sunday December 4th I had the joy of gathering with the people of Midland Lutheran-Midland to honor Pastor Bob Barndt as he retires after 39 years of ordained ministry (21 at Midland). Joining us were SAWL Mark Russel and folks from Christ’s-Odessa. We gave thanks for Bob and his family’s ministry in Midland and looked towards a new future. 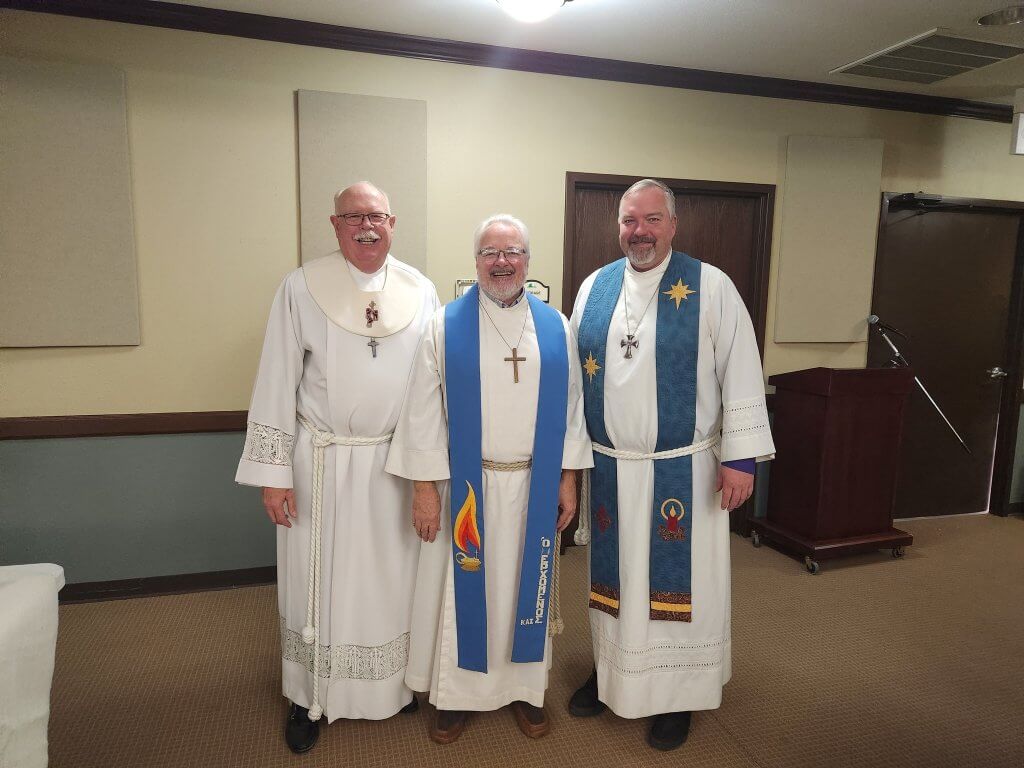 Midland Lutheran, like many of our congregations, has experienced generational decline. As the reality of demographics and the cyclical oil industry many members relocated following the jobs that had originally moved them to Midland. Leaving them in recent years with a facility built for a much larger congregation.

As a result they chose to sell their facility in 2019. That sale proved spirit inspired as they were not saddled with a large facility when the pademic struck. They pivoted and moved online and worshipping in a hall at a local retirement community.

Now they are, in this transition, working with my office and exploring partnerships with Grace Presbyterian-Midland. Looking at how they together with full communion partners maintain a mainline protestant presence in the Permian basin.

We give thanks for Pastor Barndt and his service. We look with hope towards the future that God has prepared. #NTNL #InMissionTogether