This is good news of increased partnership…

Anglican Archbishop in Jerusalem Hosam Naoum and LWF’s Sieglinde Weinbrenner, Country Representative for the Jerusalem program, sign a Memorandum of Understanding to bring cancer care diagnostic services from the Augusta Victoria Hospital (AVH) in East Jerusalem to the Arab Ahli Hospital run by the Anglican Church in Gaza.

Around 40 percent of AVH’s patients come from Gaza and often face long waits for permits, as well as arduous journeys to reach East Jerusalem. Despite the extremely challenging political and economic context, the new five-year agreement seeks to bring hope to those patients and their families by providing easier and faster access to life-saving services and treatment. 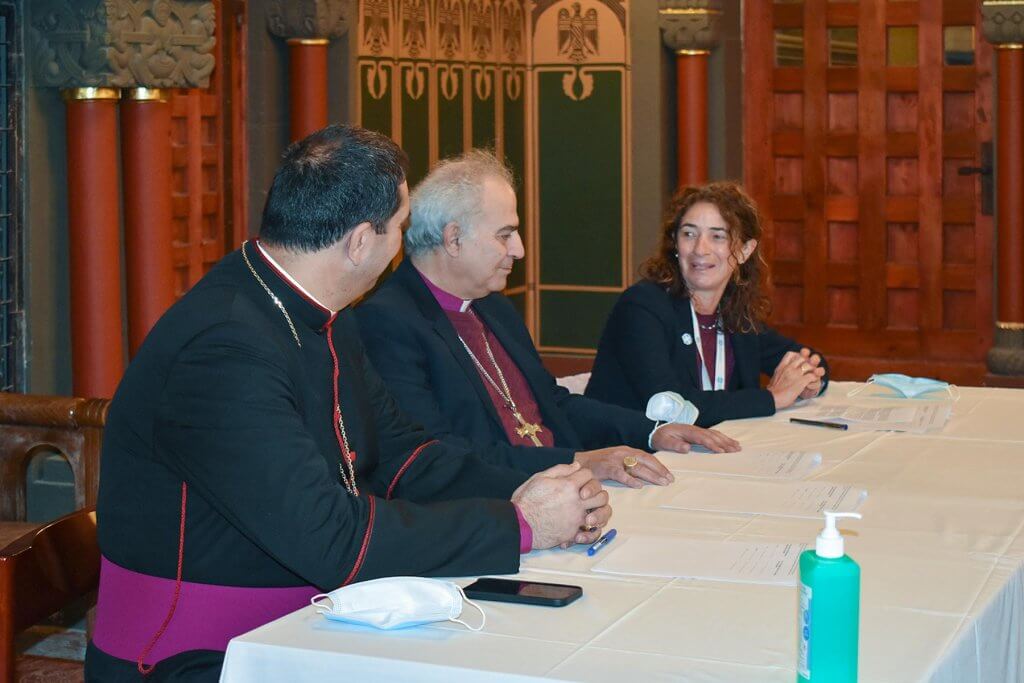 The AVH on the Mount of Olives forms part of the East Jerusalem Hospitals Network and is the only cancer center offering radiation therapy facilities in the West Bank and Gaza with a permit from the Israeli authorities to operate a nuclear medicine department. Its acting Chief Executive Officer, Dr Fadi Atrash, is a leading radiation oncologist and oversees the work of the department.

The first phase of the agreement, which will focus on developing these diagnostic services, is funded by the German government and by Diakonie Katastrophenhilfe, the humanitarian aid agency of the German Protestant churches.

Bishop Sani Ibrahim Azar, head of the Evangelical Lutheran Church in Jordan and the Holy Land, and Dr Atrash also took part in the signing ceremony on 10 January.