Bishop Romero was martyred on this day 42 years ago. Gunned down while presiding at the table.

Bishop Romero stood up for the marginalized. 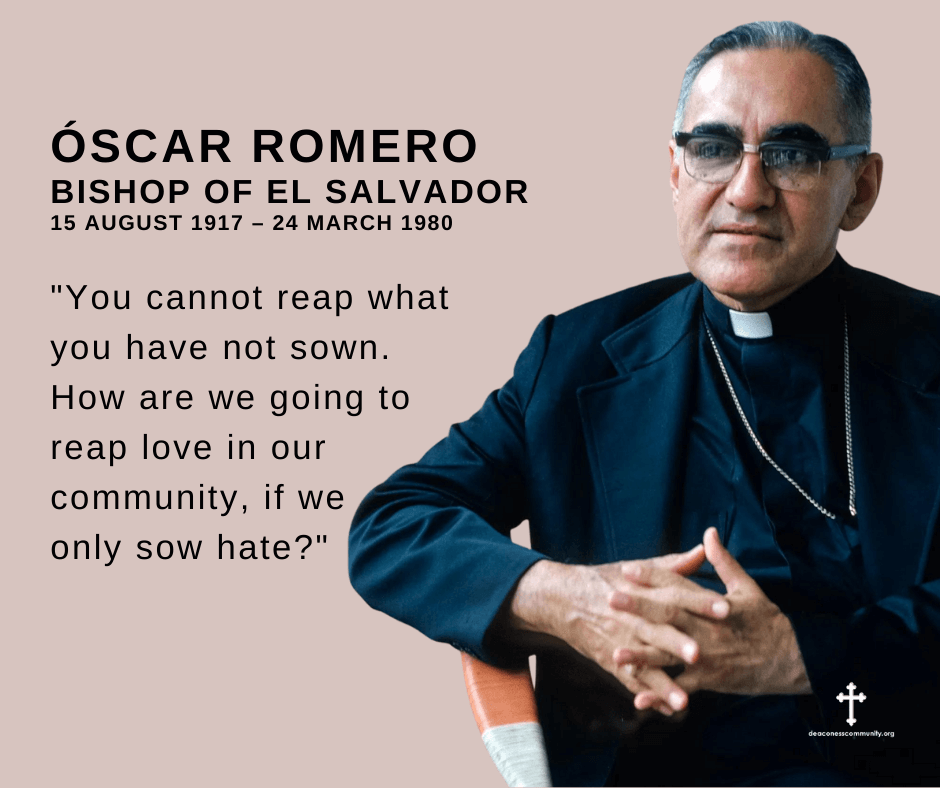 He faced opposition within his country from both left and right wing groups as well as the church as a “radical” for his insistence on standing with the poor in the face of violence and power. His murder, by a right wing death squad, was symptomatic of the violence that engulfed El Salvador at the time. Violence that grew into a civil war in which the United States played a role in by providing economic aid and military training to the government. Violence that continues to impact all of Central America to this day.

The memory of San Romero memory is particularly strong in NT-NL Synod, ELCA in the community at Iglesia Luterana Santa Maria de Guadalupe, Irving who have strong ties to the Salvadorean community in DFW. Blessed be the memory of Oscar Romero and may it inspire us to call for truth and accountability in our nation and our world. #NTNL #InMissionTogether