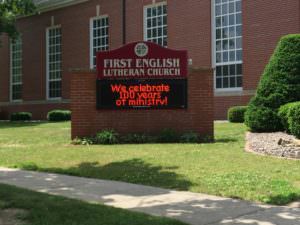 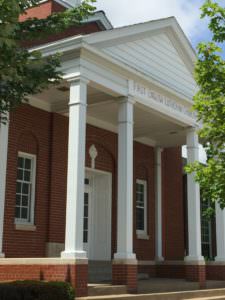 Normally my church visits are to our congregations around NT-NL, as I learn about their stories and history. This weekend I was blessed to return to a congregation of my own history as I went back to Wausau, Wisconsin for the 100th anniversary of First English Lutheran Church. 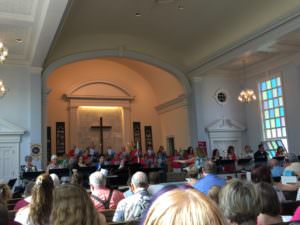 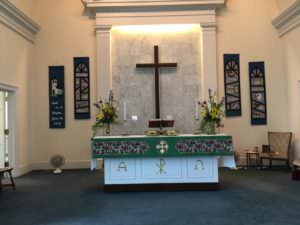 I was only a member there for 8 years – four of which I spent in seminary. But those were such very important years for me. I was teaching school when I joined FELC, but it was there that I found and finally acknowledged my call to ministry. It began with my involvement with the youth group. I’m sure Pr. Steve Olson was jumping for joy when this new young adult came up to him and said “I’d like to help with the youth. By the way, I’m a teacher and I spent many summers working at church camp.”

From that beginning I added singing in the choir, ringing in the handbell choir, reading in worship, ushering, and whatever else they needed.

Early on, both pastors started asking me if I had thought about seminary. After a couple of years, I visited a couple, but couldn’t pull the trigger on that decision. It wasn’t until some of the kids started asking if I was going to be a pastor that I finally listened. 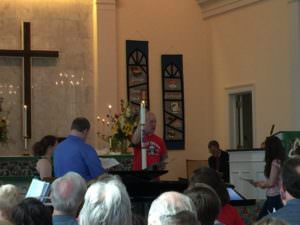 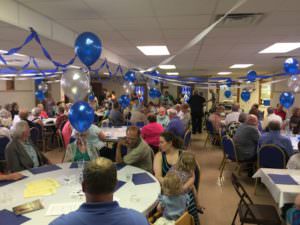 But I also saw how ministry has continued to blossom even after I left. They’ve had struggles as many congregations have. I am so proud of how they have persisted and been faithful, and now are seeing new life and growth again. Many of the faces there were familiar, but many were new. Pr. Erik Olson is a great fit for them, and they have a great sense of faithfulness as they move into the future.