Sunday January 8, 2023 was a day focused on faithful stewardship and honesty in reflection. It began with worship at my family’s congregation where new members were received and we rejoiced as they honored the Rev. Darlene Hopkins who was ordained the evening prior.

Darlene is the 18th member of Trinity-Fort Worth to be ordained to Word and Sacrament ministry in its 80 year history and the 5th in the past 6 years. By God’s grace a 6th will be ordained this spring. We are grateful for Trinity’s sharing of their abundance and pray that God will continue to raise up leaders in all our congregations. 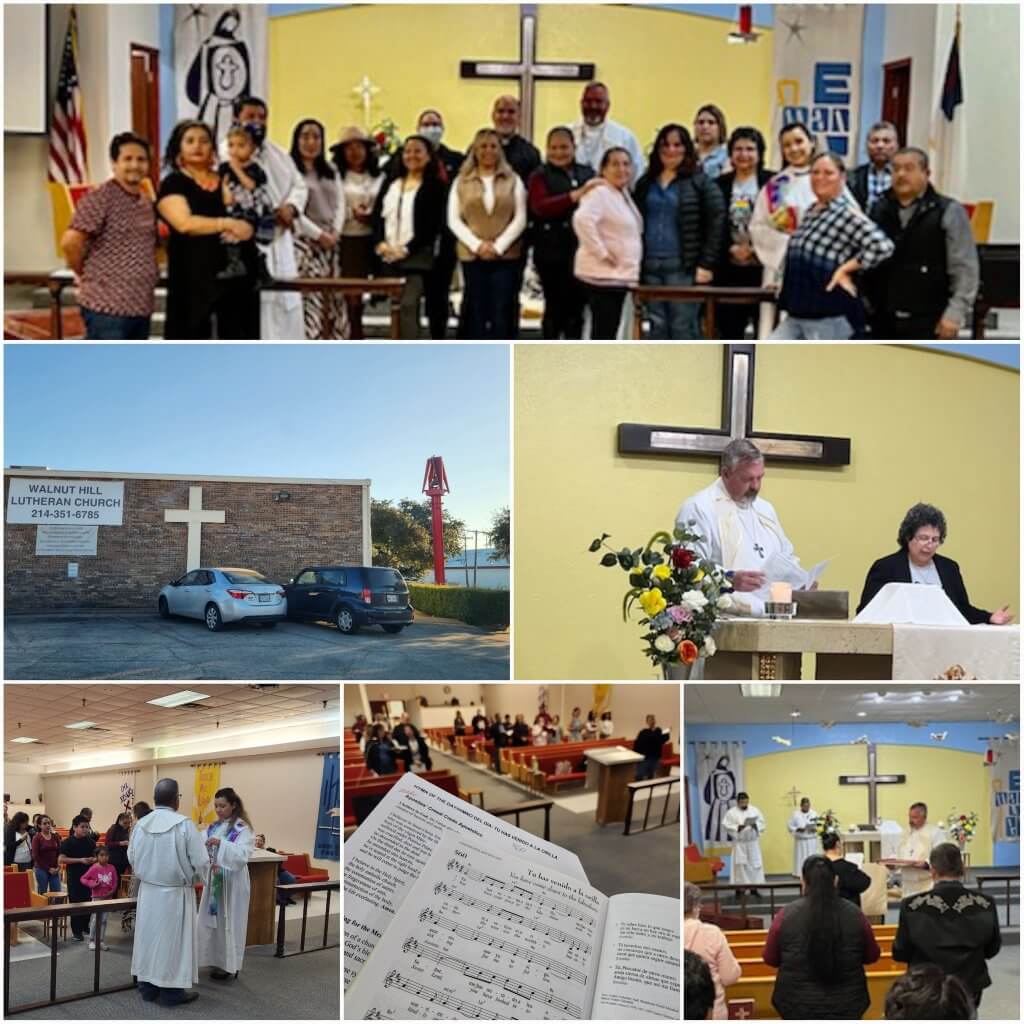 Then I had a zoom call with the council of Central-Dallas. Central and Bethany in Dallas merged a year ago. Now the Bethany campus is to be sold. I met with them to discuss how they can faithfully plan to utilize this financial windfall to honor the legacy of Bethany and further their mission. It is essential I told them that they have a plan and I lifted up the work of the Lutheran Foundation of the Southwest as potential partners to ensure the funds from this sale will fund ministry into the future.

Then I drove to Farmers Branch, north of Dallas, for the final worship of Walnut Hill Lutheran Church. Walnut Hill was founded in Dallas in the 1950s as the city grew north. In the 1960s it built an avant garde, in the round, sanctuary that was a home for its almost 1,500 members at the time. When demographics changed they began Spanish language ministry in the 2000s and that community flourished as the anglo population declined.

In 2016, recognizing the facility they were in was aging and deferred maintenance of many decades was imposing a significant burden on the congregation they chose to sell their property and relocate to Farmers Branch. This move helped the community sustain ministry but the combined inputs of a new facility to which some did not choose to go to, damage from the winter storms in 2021 and 2022, and pastoral change meant the community was struggling to sustain itself and leadership.

In April 2022 the NT-NL Synod, ELCA Synod Council, with counsel from our Conferencia Latina NT-NL ELCA, brought Walnut Hill under synodical care to ensure the care of the people and also that the facility and assets of the congregation were not allowed to fall into disarray. Trustees were appointed from the Conferencia Latina who worked with the community to ascertain their mission and viability. By fall 2022 it was clear that Walnut Hill would not be able to maintain ministry.

So today we gave thanks for the ministry of this congregation and pledged ourselves to ensure the legacy of Walnut Hill would live on. The assets of the congregation will be assessed with the goal of establishing an endowment fund that would provide resources for developing future leaders and missions among Spanish speaking and culturally Spanish demographics in our territory. It is believed this will be the first such endowment of its kind in Texas and perhaps in the entire ELCA. In so doing we are faithful stewards of the resources that have been passed on to us by those who have gone before.

Baptism into the death and resurrection of Christ is where our life begins. Having died and risen with Christ we need not fear death any longer. As we look towards the future we must be honest and forthright as church that includes ministries of our synod. From death comes life. My text for the sermon today at Walnut Hill was appropriately taken from Matthew 6:25-38. We need not worry because our future is God. But in this time we are called to be faithful stewards of God’s abundance. #NTNL #InMissionTogether