The most inspiring and exciting events of the assembly were the celebrations and kick off of the events in the coming year, honoring 50 years of the ordination of pastors who are women to Word and Sacrament ministry in the ELCA and predecessor bodies. These celebrations were highlighted by a worship service including a procession of women clergy that brought tears to the eyes of all in the room.

The generations of women who have served passing by the gathered community, including 104 year old Maria de Jesus, was awe inspiring. (Pastor de Jesus is shown here meeting Pr. Kristin Klade and her infant daughter. Her son Pr. Miguel de Jesus was a colleague when I served in the Greater Milwaukee Synod.) 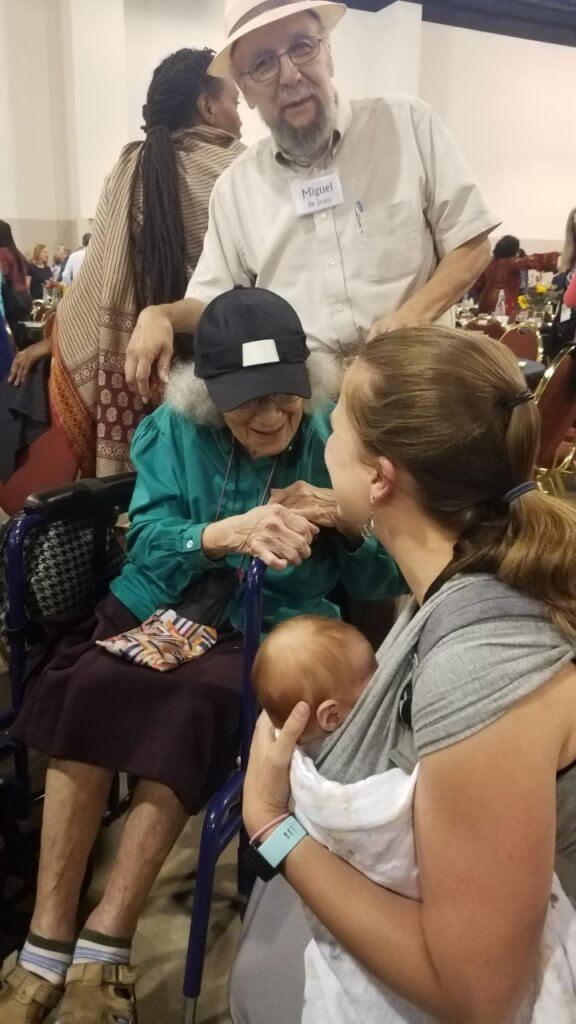 It was a great privilege to be there and see so many trusted friends and colleagues be celebrated, as well as celebrate the 23 women who are also now currently serving in the conference of bishops. It was also a great thrill for me to hear from and meet the Rev. Elizabeth Platz, who was the first woman ordained by one of the ELCA predecessor bodies. Rev. Platz addressed the assembly and then was at a reception where my spouse and I got to meet her and speak with her briefly. The courage and tenacity of Rev. Platz and all women who have chosen to serve their church as ministers of Word and Sacrament is both a source of inspiration as well as a challenge to myself and our synod to continue to raise up and support women in ministry. 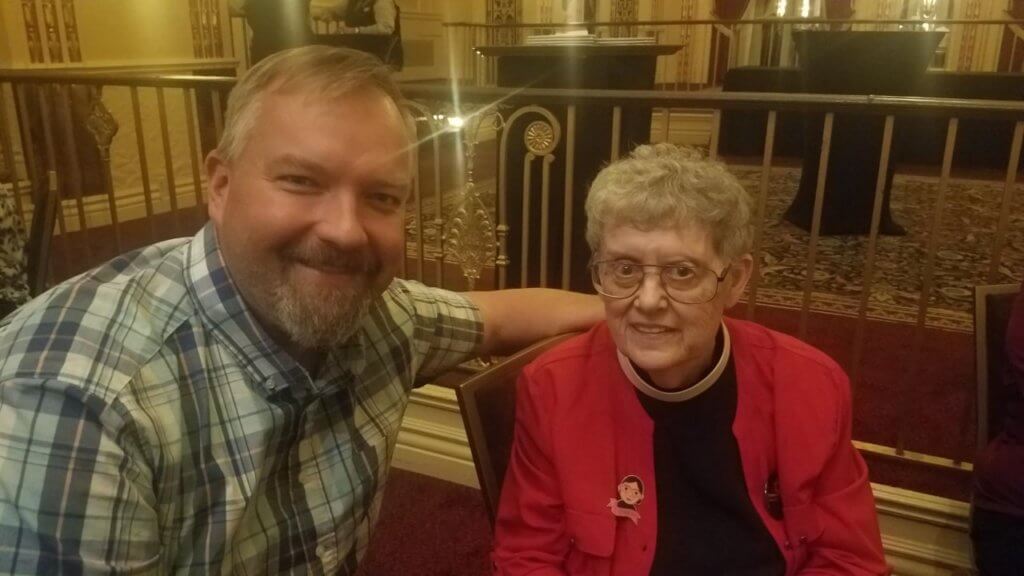 In the coming months, more resources will be released for congregations wishing to commemorate the 50th anniversary of women serving as ordained pastors of Word and Sacrament. A series of bible studies, which NT-NL’s own Rev. Kendra A. Mohn, PhD took part in authoring, have been released and are available for congregations. Our 2020 NT-NL synod assembly will also highlight this celebration as part of our work as we give thanks for and look forward to continuing to honor the call of women to serve as rostered and ordained ministers in our church.

Another major change was that the assembly authorized the rite of entrance for deacons (rostered ministers of Word and Service) to be called “ordination” not “consecration.” This is a major change in our polity and understanding of the rosters of our church and comes after many years of study and discernment. What this most critically means is that going forward, deacons will be considered “Clergy” for the purposes of accounting for assembly registration (synod assembly must be 60% lay and 40% clergy) and also for positions reserved for lay representation. This is a big step in honoring the work of deacons amongst us.

A number of important actions took place at this assembly:

In 2021 we will elect members of the NT-NL synod to serve as voting members at the 2022 Churchwide Assembly which will be held in Columbus, OH. This is an amazing, inspiring, sometimes frustrating (doing a meeting with 900 voting members means we don’t all agree and sometimes action feels like it takes hours to accomplish), but always inspiring time of being church together for the sake of the world. I am grateful for our voting members and their families. If you have questions about any of the actions taken or want to learn more, see the ELCA website or contact me at BpGronberg@ntnl.org.

You may go to the ELCA facebook page to view albums of photos from the 2019 Churchwide Assembly sorted by day.