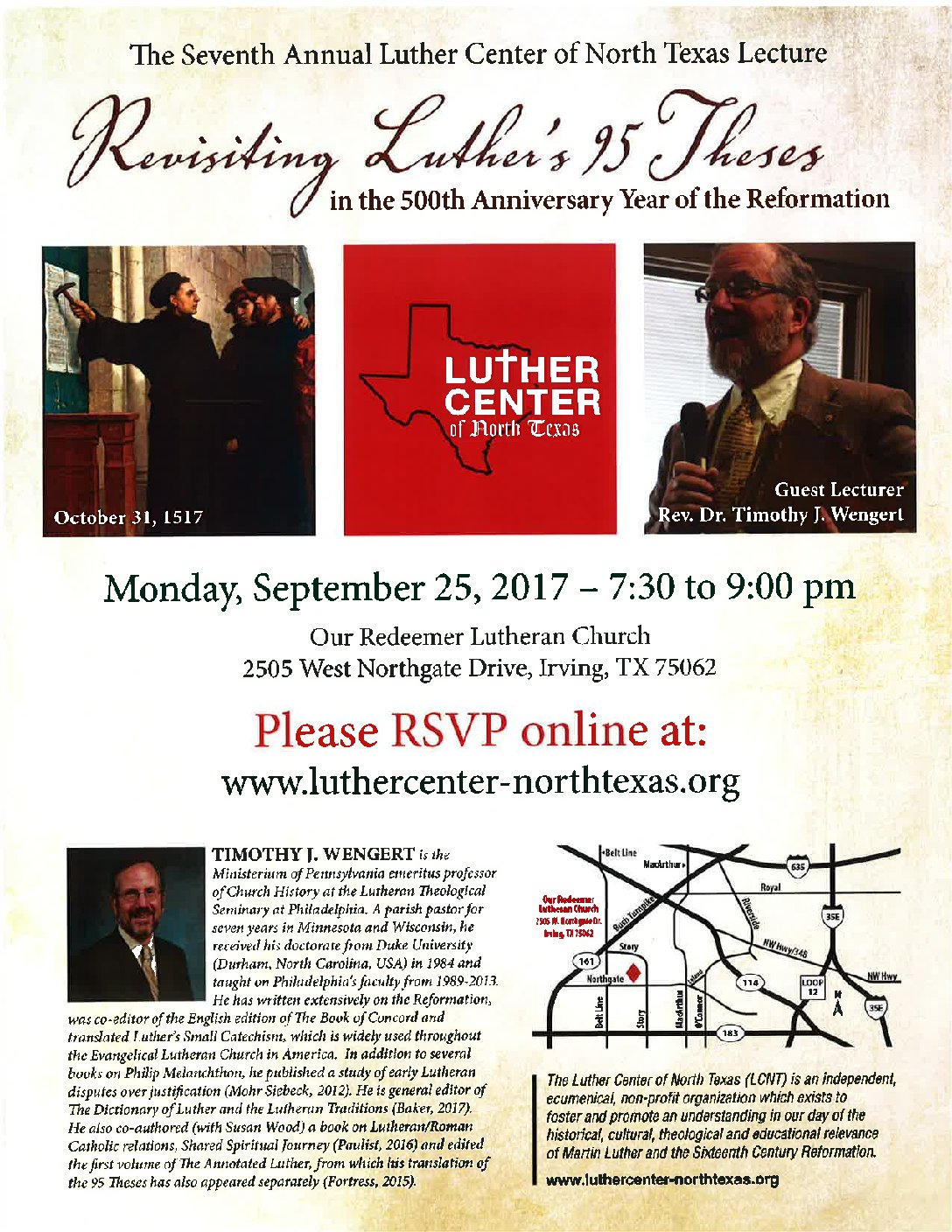 Timothy J. Wengert is the Ministerium of Pennsylvania emeritus professor of Church History at the Lutheran Theological Seminary at Philadelphia. A parish pastor for seven years in Minnesota and Wisconsin, he received his doctorate from Duke University (Durham, North Carolina, USA) in 1984 and taught on Philadelphia’s faculty from 1989-2013. He has written extensively on the Reformation, was co-editor of the English edition of The Book of Concord and translated Luther’s Small Catechism, which is widely used throughout the Evangelical Lutheran Church in America. In addition to several books on Philip Melanchthon, he published a study of early Lutheran disputes over justification (Mohr Siebeck, 2012). He is general editor of The Dictionary of Luther and the Lutheran Traditions (Baker, 2017). He also co-authored (with Susan Wood) a book on Lutheran/Roman Catholic relations, Shared Spiritual Journey (Paulist, 2016) and edited the first volume of The Annotated Luther, from which his translation of the 95 Theses has also appeared separately (Fortress, 2015).