At our assembly on Saturday morning April 30th we gave thanks for the work of the Rev. Phil Heinz as our PLMA Dean for the last 5 years and his involvement in the PLMA for over 20. Thank you again Rev. Heinz for that work. We are all very grateful for you. I also introduced to you our new PLMA Dean. Madeline Richard is a graduate of the PLMA and here is what she says about herself…

WHO IS MADELINE RICHARD? 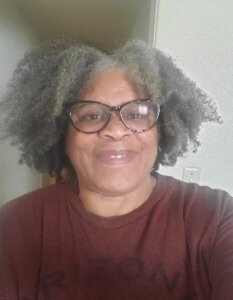 Most people expect and begin with a curriculum vitae or résumé. I prefer showing who I am rather than listing any accomplishments or skills. I am Dallas-born and Los Angeles-bred, having moved away from Dallas at age 12.  I grew up in what the world knows as South-Central L.A., though I was exposed to and hung out in ALL of Los Angeles – from the beaches to the valleys. I have always considered myself as spiritual, having a relationship with God even before I was taught Bible lessons and catechism. I believe that I am a reasonable steward – giving what, when and where I can, as well as keeping my carbon footprint as low as possible, especially living in a metroplex in Texas. I see myself as an advocate, activist and civic-minded rather than political. I LOVE challenge and change, always looking to learn more and do different things. Though I don’t consider myself a ‘people person’, I enjoy getting to know other cultures and people. I believe that our experiences define us, not what we have or who we know or think we are.

I am a member of St. John LC in the old Oak Cliff area of Dallas. This is the congregation where I was introduced to the Lutheran religion by Pr. Ambrose Netzer. I was baptized and confirmed at St. Mark LC in Los Angeles by Pr. Paul Nakamura. It’s across the street from the USC campus. After high school and a couple of years of community college, I joined the United States Air Force and spent my entire six-year enlistment in San Angelo, TX, serving as a Medical Services Technician. I attended a Lutheran congregation there off and on but never changed my membership. After my military tour, I moved back to California and graduated from Fresno State University while working at St. Agnes Medical Center as a Licensed Vocational Nurse. I received a BS degree in Business Administration with an emphasis in Health Care Management. Eventually, I moved back to the L.A. area and became a member of Ascension LC while Pr. Albert Starr, Jr. was the pastor.

Other than working as an LVN, I had a few positions working in health care management, taught at the elementary school level at Ascension’s church school (K-6) before working for the City of Long Beach’s Oil Properties Department and Oil Operations Bureau. I moved back to Dallas upon retirement to be my aunt’s roommate. Since moving to Dallas, I graduated from PLMA, am learning to play Standard American Competitive Bridge, languages on Duolingo, and how to write prose and poetry, joined a writing group and have a published piece.

I am an avid reader of the Fiction genre, mostly authors of color especially of the African diaspora. I take an annual international trip when health and pandemics allow, so I didn’t get to go last year. I also have a goal to visit most of the USA states that have African American museums of culture and history. There is a lot more to Madeline Richard that can’t be captured on one page.

If you want to know more, please feel free to contact me: BpGronberg@ntnl.org.