Today was a joyous day at Trinity Lutheran in Fort Worth!  I was there to be part of the installation service for their new Associate Pastor, Matt Schroeder.  That in and of itself would have been joyful enough.  But it was also Rally Sunday, adding another element of celebration.

In between services, they held an intergenerational Rally Sunday event – including the start of a Lego Luther Rose project.  This was such an awesome way to involve all ages, as participants took squares of the pre-printed pattern and worked at adding the corresponding color of Legos to their section.  A few folks chose to work on some coloring projects instead, but they all were part of the teaching opportunity by Pr. Kendra Mohn – who taught them about the meaning behind the Luther Rose but also gave them some basics about Martin Luther and the Reformation.  Somehow, she was able to make it friendly to all ages.  So much creativity in this place, and just a great energy in every part of the day!

I was also impressed that they’ll be starting a new adult confirmation program for all those who either never had confirmation or who just want a refresher on the Small Catechism.  The stack of books quickly dwindled, as so many members plan to participate.  Of course, I had to buy one too, because it looks like an excellent resource.  I found myself wishing I had a congregation of my own again so I could borrow all these ideas!

It was just a great day of energy, hope, and excitement for this congregation as they begin a new step in their journey.  Pr. Mohn and Pr. Schroeder are already a great team, and I look forward to seeing what the years ahead will produce at Trinity. 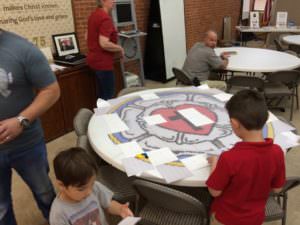 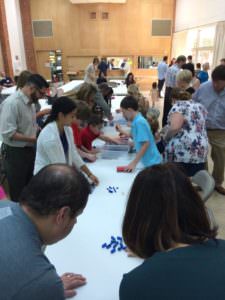 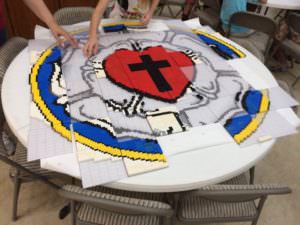 Taking shape as squares get completed 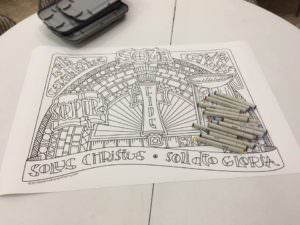 For those who preferred coloring 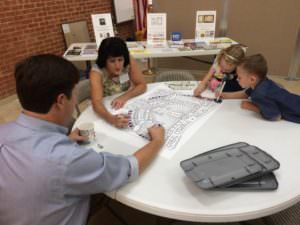 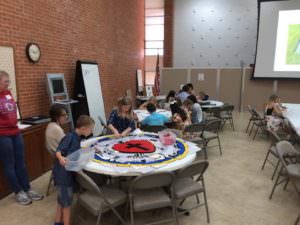 They ran out of legos, so everyone joined in the coloring time. 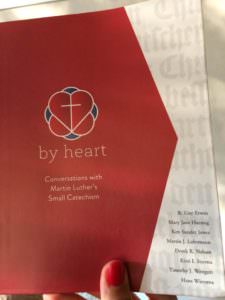