What a great moment and recognition of Texas Lutheran University Head Basketball Coach Mike Wacker. The UT Longhorns hosted the DIII Bulldogs for an exhibition game this week to kick off the basketball season. The Longhorns won handily, no surprise, but it was a great experience for the TLU players. 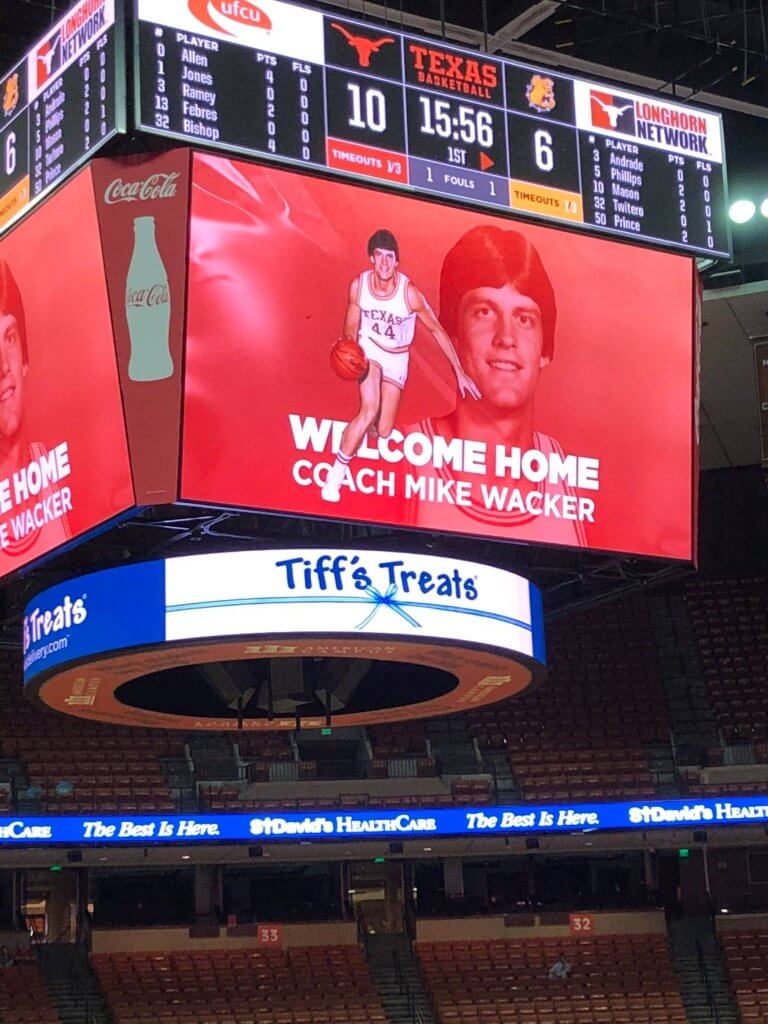 Coach Wacker played at UT with distinction from 1981-1985. He was All-SWC and named to the all-time Texas team. He is the son of legendary football coach Jim Wacker who led the TLU Bulldogs to a national title in the 1970s before coaching at multiple stops including TCU Football. Great hospitality by the Horns to our Texas ELCA University. #NTNL #TLU #InMissionTogether