The Texas Legislature meets only every other year. So that means when they meet, there is a great deal on the agenda with many competing groups lobbying for time and attention.

In January of this year, I attended, along with our Public Witness Team and Lutherans from around Texas, the Lutheran Legislative Day. This day was an opportunity to gather together and learn about issues that matter to us as people of faith and informed by our social service agencies. In particular, issues around funding for health services, care for foster children (to support our partners at Upbring), immigration (Lutheran Immigration and Refugee Services), and other programs that serve in our midst. In so doing, we emphasize that in our Lutheran understanding of secular government, caring for the people is a proper purpose of the state. 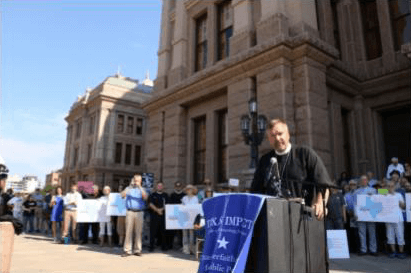 Occasionally, they are not able (or unwilling) to accomplish all that the Governor desired. In that case, the Governor can call a special session. Two of the bills Gov. Abbott stated as priorities were SB3 (“bathroom bill”) and SB4 (“anti-sanctuary cities bill”). Both of these are of particular interest to the faith community because they directly impact people in our congregations and also how we as church interact with minority and marginalized communities.

As a result, many Lutherans along with interfaith colleagues gathered again this week (Aug. 1) to speak out against these bills, and in particular, the “bathroom bill.” We spoke against this bill because it threatens to target, and make a target, a particular gender-identified minority. As a church that claims all people are made in the image of God, this sort of legalized discrimination is not acceptable to us.

Additionally, we were joined by the business community, chambers of commerce, and many other organizations that have come out against this bill as being unnecessary and damaging to our economy and communities. With opposition to this from many corners, the main support for this bill has been Christian pastors and leaders. While we respect their right to this position, we humbly disagree and wanted to be sure to make the legislature and media community aware that the Christian community was not of one mind on this issue. 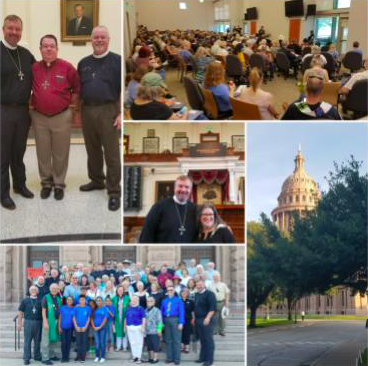 We advocate because we believe that God has called the church not to be silent on issues that impact our communities, our neighbors, and our congregations. The ELCA has a variety of social statements that have been developed by conversation, prayer, and discernment. These statements (available at https://www.elca.org/Faith/Faith-and-Society/Social-Statements) inform our public voice as well.

Advocacy on issues is never taken in a partisan manner. We have no interest, unlike some of our Christian sisters and brothers, in supporting a particular political party or politician. But we do have priorities of people, theological positions, and moral principles, which we are called to support.

As your bishop, I do not take this public voice lightly. I do so humbly, most often in contact with, and jointly with, ecumenical colleagues, and with great respect for our elected officials and the challenge of their work. We seek to partner with them in serving God and neighbor and ensuring that all are cared for as God would call us to do.